Over the last several weeks, Rep. Sims has now posted two videos showing him harassing and intimidating those peacefully exercising their First Amendment Rights outside of a Philadelphia Planned Parenthood Clinic.

As outlined in the letter, the conduct displayed potentially violates a number of state and federal criminal statutes.

Monday, the Republican Party of Pennsylvania called on Rep. Sims to apologize for his conduct, but as of Tuesday morning—and following a number of media outlets requesting to speak to Rep. Sims about his conduct—no apology was received.

In addition, Republican Party of Pennsylvania Chairman Val DiGiorgio, made the following statement:

“Rep. Brian Sim’s conduct shown in his video where harasses a peaceful protester was outrageous. We have now seen how far Rep. Sims will go as there is a second video where he solicits the identifying information of teenagers exercising their First Amendment rights as a means to further intimidate and/or harass them.

“Elected officials should not use their positions of power to harass citizens who are peacefully protesting. I hope our state and federal prosecutors will undertake review of this matter with the seriousness it deservers and uphold the role for which they were elected to, which demands holding people accountable for their actions.

“In the meantime, I urge leadership the Pennsylvania Democratic Party to hold Rep. Sims accountable for his actions.” 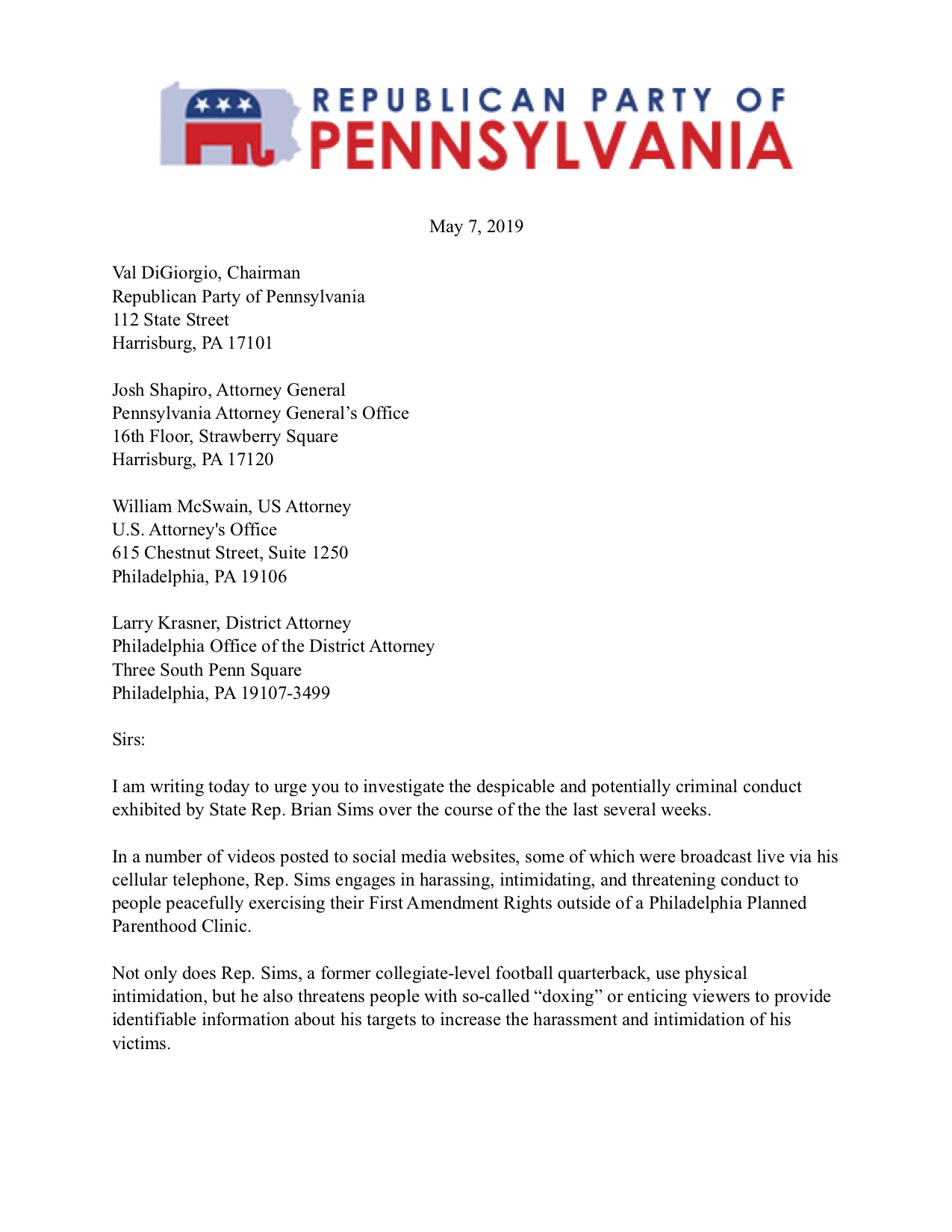 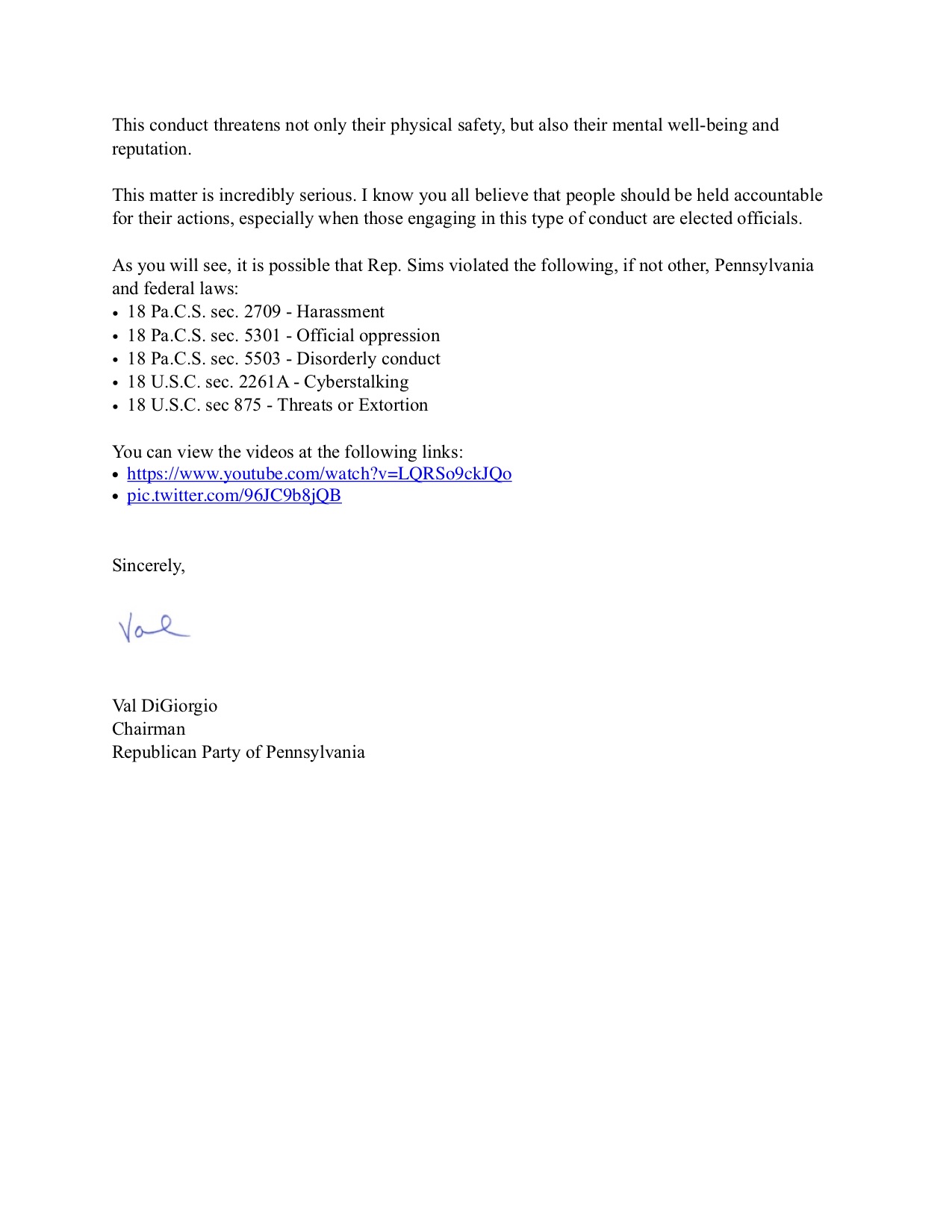