State Rep. Brian Sims must apologize for his despicable conduct

In a social media post this weekend, State Rep. Brian Sims (D-Philadelphia) got in line with State Rep. Danielle Friel Otten (D-Chester)—who a week ago referred to blue-collar workers as “Nazis”—in becoming unhinged by harassing a woman praying for the unborn in front of a Philadelphia Planned Parenthood clinic. 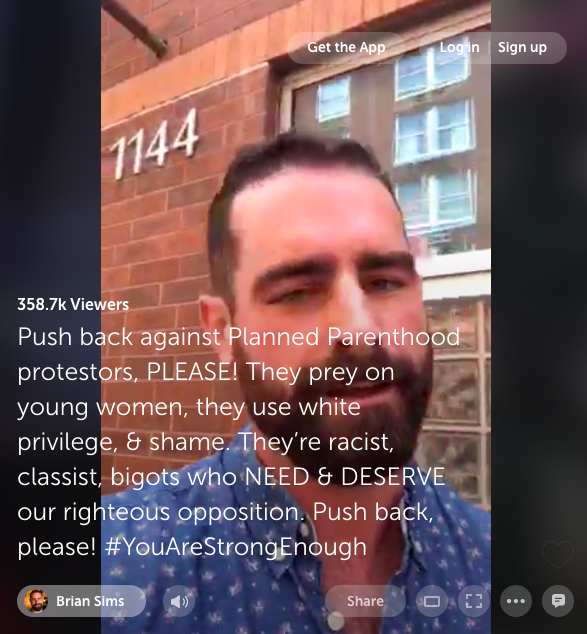 In a more than 8-minute harassing rant that includes potentially criminal conduct, Rep. Sims stuck his camera in the face or a woman exercising her First Amendment rights while he yelled at her and called her peaceful and non-disruptive prayer “disgusting,” “shameful,” “extremely racist,” “grotesque,” and “an attack.” He also derogatorily referred to the woman as “an old white woman” on multiple occasions while telling her he has special privilege with local police officers.

“State Rep. Brian Sims’ harassment of a woman’s peaceful and religious exercise of her First Amendment rights is yet another example of a troubling trend of growing extremism and hypocrisy among Democrats. People are entitled to exercise their First Amendment rights and should be free from intimidation and harassment, even when their views makes left wing Democrats like Rep. Sims uncomfortable.

“We need elected officials who work to solve the problems of Pennsylvania families – not those who like Rep. Brian Sims, Rep. Danielle Friel Otten, and others continue to use identity politics to divide.

“Having met Rep. Sims, I am surprised at this episode of despicable conduct. Given the nature of his conduct, he owes an apology not just to the woman he harassed, but to the people of Pennsylvania that expect more out of their elected officials.”