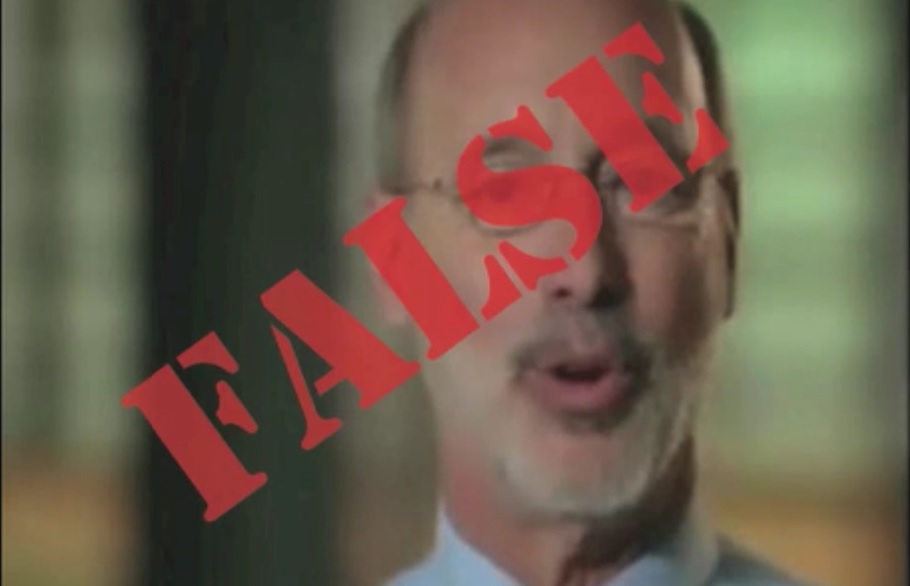 HARRISBURG — As a way to highlight Tom Wolf’s continued refusal to provide his own vision for Pennsylvania, the Republican Party of Pennsylvania released its newest web ad entitled, “Tom Wolf’s False Start.”

“Tom Wolf’s focused on raising taxes, not growing our economy. Wolf was content to criticize Governor Corbett’s budget, but he refused to offer an alternative plan of his own. Tom Wolf simply doesn’t want to talk about our $47 billion pension crisis, because he doesn’t have a plan to address it. When it came to Pennsylvania’s energy future, Wolf’s first vision for Pennsylvania’s energy future weren’t even his own words.

“How can we trust Tom Wolf when his approach to leadership is letting others literally do the talking for him?

“Governor Corbett has spent four years addressing Pennsylvania’s biggest issues head-on. Over the course of the past four years, Governor Corbett has created 184,000 private sector jobs and invested more state funds in our classrooms than ever before. Now, he’s working to fix our state’s broken pension system.

The transcript of the ad appears below:

“But Wolf did not elaborate on how the state would balance its pension books.” (Rob Vickers, “Tom Wolf’s business-friendly background doesn’t sway some business leaders at Press Club Luncheon,” Harrisburg Patriot-News, 2/14/2014)

“… Wolf refused … to state whether he would veto the budget …” (Jill Harkins, “PA-Gov: Tom Wolf Visits Pittsburgh, Discusses Manufacturing and the Budget,” PoliticsPA.com, 7/7/2014)

Get the facts at tomwolffacts.com

Paid for by the Republican Party of Pennsylvania