This past weekend, State Rep. Danielle Friel Otten (D-Chester) was protesting the construction of a natural gas pipeline in Chester County and then later went to social media to call the labor union workers—specifically Steamfitters Local 420—who were trying to do their work despite the protests “Nazis” for having herself and other protesters removed from the location. 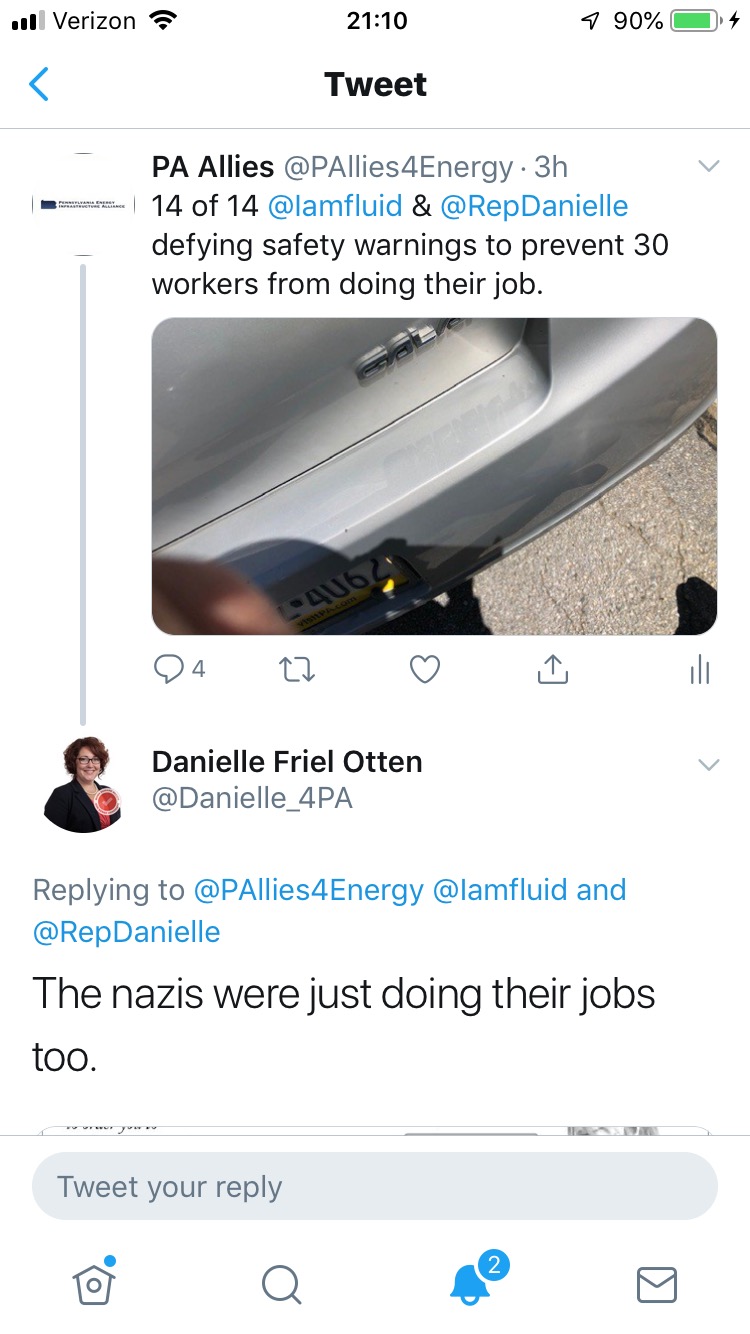 “Let’s keep in mind, Rep. Friel Otten’s indefensibly offensive Tweet came on the same day of an anti-semitic Synagogue shooting in California and the week of Holocaust Remembrance Day.

“Rep. Danielle Friel Otten’s reprehensible statement is beyond the pale of reasonable conduct from a state lawmaker and puts her squarely in the column of socialist obstructionist resisters like Congresswoman Ilhan Omar that have no respect for history or what a blanket reference with such epithet implies.

“Rep. Friel Otten should immediately resign from office and Democrats should join us in holding her accountable for these remarks.”