At a news conference Wednesday afternoon, Pennsylvania Republican Party Chairman Val DiGiorgio announced that the state Republican Party has sent a three question survey to all 18 Democrats running for Congress in Pennsylvania to ask them whether or not they will support Nancy Pelosi, if they support the agenda of the Democratic Socialists of America, and/or if they support Congresswoman Maxine Waters’ call to publicly bully Trump administration officials.

“Pennsylvania Democratic Congressional candidates have been silent on these matters important to voters in making their decision about who to vote for for Congress,” said Chairman DiGiorgio.

“With a Democratic Party increasingly moving to the left, Pennsylvanians deserve to know where their candidates stand on these issues.”

The surveys were mailed Wednesday morning.

“The more that Pennsylvania Democrats remain silent about a radical socialist agenda that disrespects taxpayer dollars and incites violence, the more they are complicit in it,” Chairman DiGiorgio added.

“It’s time these candidates go on record so that voters truly know who they will be supporting this November.” 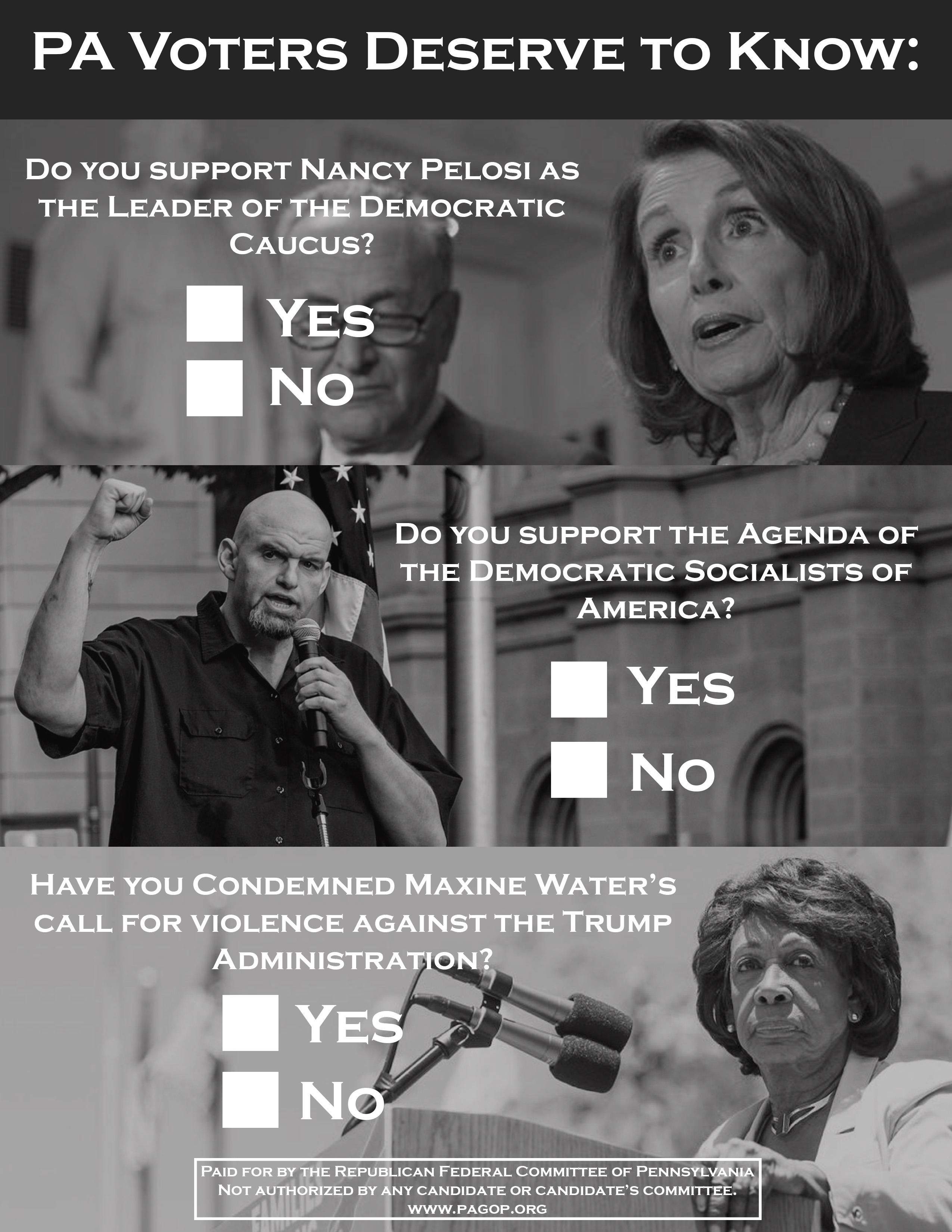