Wednesday, in the case of Janus v. AFSCME, the U.S. Supreme Court ruled that it is a violation of the First Amendment for public sector unions to force all public employees—whether union members or not—to pay agency fees that support union activities.

The payment of agency fees by non-union members frees up other public sector union money to engage in political activity.

Since 2007, Pennsylvania public sector unions have spent at least $115 million in dues and PAC money for lobbying and election-related matters.

In response to the Supreme Court’s ruling, Republican Party of Pennsylvania Chairman Val DiGiorgio made the following statement:

“We are pleased that the Supreme Court finally acknowledged what we’ve known all along: that many Pennsylvania public sector employees have been forced to live under the yoke of public sector unions and pay their hard-earned money into organizations they neither wish to support nor belong to.

“The forced payment of agency fees to public sector unions has helped put these organizations at an unfair political advantage, where they now have become used to putting millions of dollars into elections at the drop of a hat.

“Today’s ruling begins the process of restoring fairness to a system that has needed it for far too long.

“We are now considering whether to ask a court to issue an injunction to enforce the Supreme Court’s decision and stop the Commonwealth of Pennsylvania from collecting agency fees from non-union members.”

Thursday, the Republican Party of Pennsylvania sent the following letter to Tom Wolf’s Office of Administration to see if they are going to self-comply with the Janus decision. 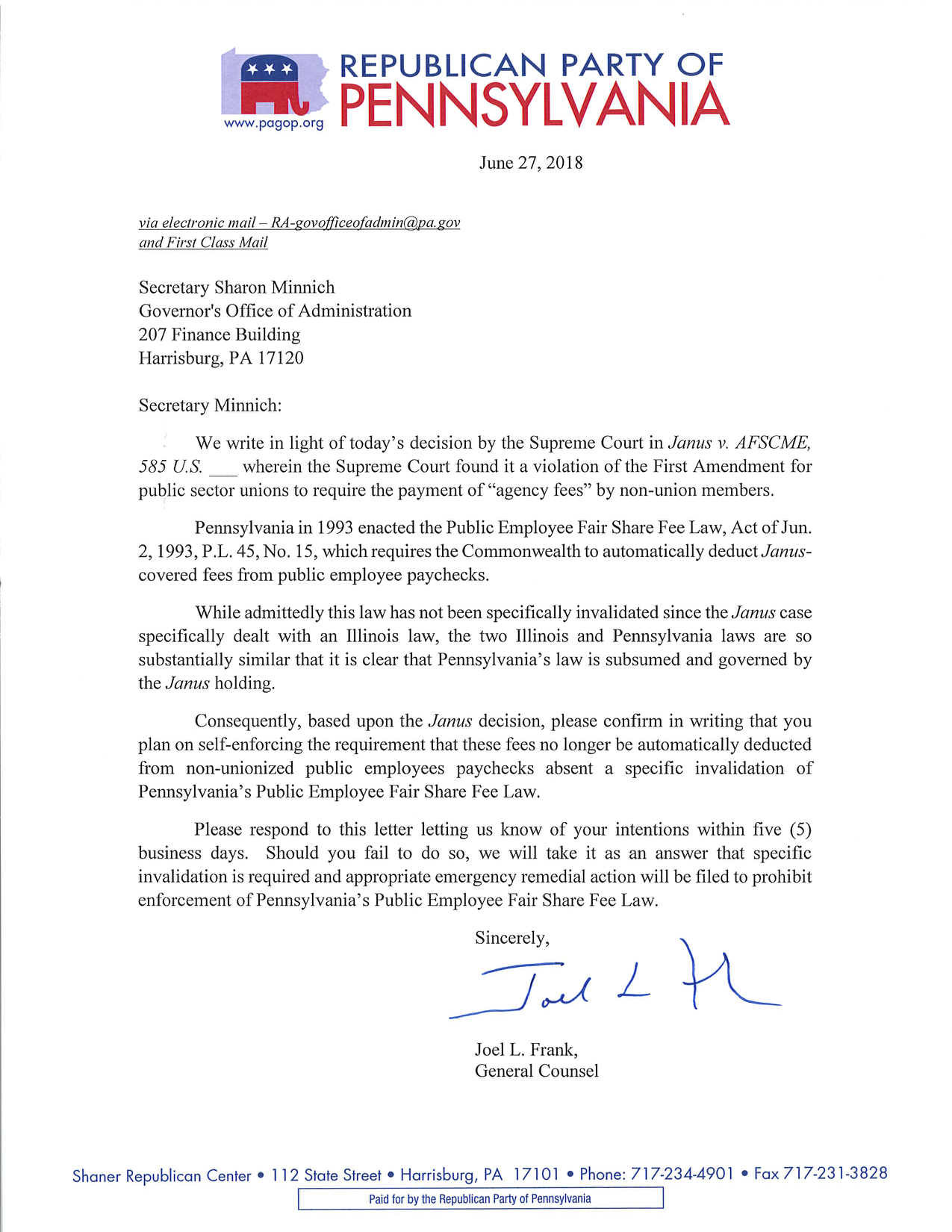