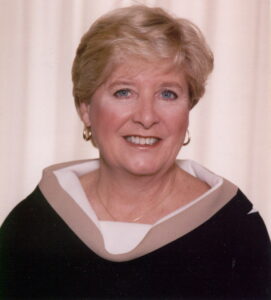 HARRISBURG – Centre County resident and Republican Party of Pennsylvania Vice Chair Joyce Haas was elected to represent Pennsylvania on the Republican National Convention’s Rules Committee during a meeting of the Keystone State’s delegation in Harrisburg this weekend.

The news comes just weeks after Haas was elected as an at-large delegate by the Republican Party of Pennsylvania in July.

The Republican National Committee’s Rules Committee has been reviewing and modifying the Rules of the Republican Party for the past three years. The Convention Rules Committee will review these changes and propose final Rules, as amended, for adoption by the convention. Haas will be joined on the Committee by Philadelphia resident and PA GOP General Counsel Lawrence Tabas.

The following Republicans from the Fifth Congressional District will be joining Haas at the Convention after winning elections held during the Primary on April 26th: Delegates Ash Khare, James Klein and C. Arnold McClure, and Alternate Delegates Justin Gallagher and Sheila Sterrett.

Joyce Haas is a graduate of Pennsylvania State University with degrees in English and Speech Communications. She has taught English and Speech at both high school and university levels. Joyce has been active in politics since writing a master’s paper in the 1970s outlining the speaking role that the Vice President plays in the national administration.

Joyce retired from U.S. Airways as a Customer Service Agent and also served as a Product Specialist for the Ford Motor Company.

Joyce resides in State College with her architect husband, John C. Haas. Joyce and John volunteer together in many community activities such as the Chamber of Business and Industry of Centre County and The Centre County United Way.