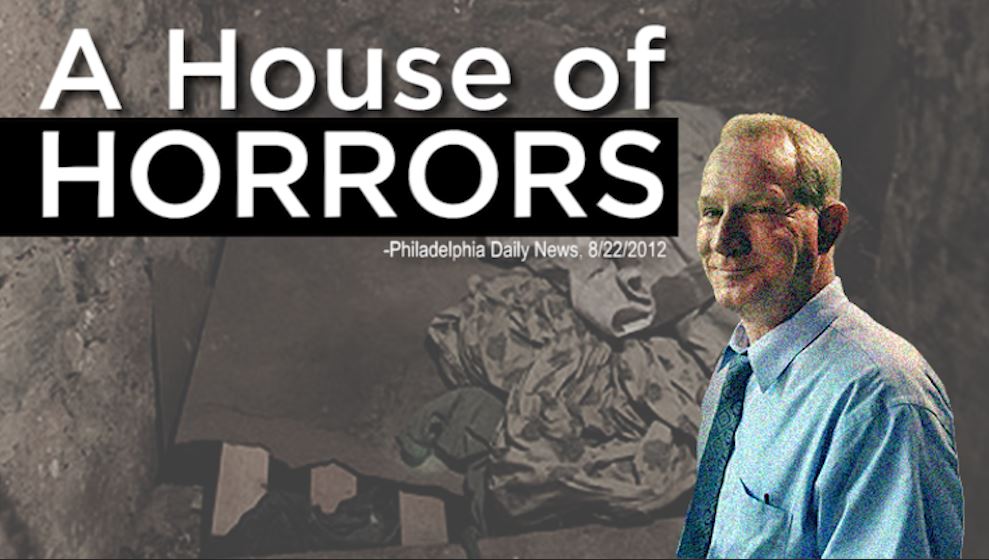 HARRISBURG — Today, the Republican Party of Pennsylvania has released a new video entitled “House of Horrors,” which details Kevin Dougherty’s decision to place a child in the custody of an aunt who had been previously charged with murder.

In 2002, Judge Kevin Dougherty ordered a child to be placed in the custody of her aunt, Linda Ann Weston, despite the fact the aunt was previously convicted of the third-degree murder for starving a man to death.

Following her placement in Weston’s home, the child was kept in a basement and suffered years of extreme abuse and neglect until she was rescued by police in 2011. Linda Ann Weston later pled guilty to 196 charges after police discovered six disabled adults and four children being held captive in her home.

“Kevin Dougherty failed a 10-year old child when he ordered that she be placed in the home of a murderer,” Republican Party of Pennsylvania Communications Director Megan Sweeney said. “When his failure in this ‘house of horrors’ case was brought to light, Kevin Dougherty tried to deflect blame instead of taking responsibility for his actions.

“Now, Kevin Dougherty wants the voters of Pennsylvania to give him a promotion despite being a key figure in this horrific tragedy. The voters deserve to know the truth about Kevin Dougherty’s background before they head to the polls on November 3rd.”

Below is a transcript of the Republican Party of Pennsylvania’s latest video, “House of Horrors”:

WCAU Reporter: “Judge Kevin Dougherty, seen here, allowed Linda Ann Weston to have custody of her niece… It was after Weston had served time for murder.” [1]

“An innocent 10 year old girl was put into the custody of a murderer by Philadelphia Judge Kevin Dougherty. [2]

“He placed her here, in this House of Horrors. [3]

“When Kevin Dougherty abandoned that little girl, he abandoned us.

“Stop Dougherty, Donohue, and Wecht. Judges should keep us safe.”