Pennsylvania Democrats’ Latest Position On Voter ID: Do As I Say, Not As ‘I-Do’

HARRISBURG — Republican Party of Pennsylvania Chairman Rob Gleason released the following statement regarding the Pennsylvania Democratic Party requiring their delegates to show photo ID at the Democratic National Convention to pick up their credentials:

“The fact that the Pennsylvania Democrats are requiring photo ID to pick up credentials at its own convention is the height of hypocrisy. The sensational arguments that Democrats have been making against Voter ID simply lose all credibility in this one Twitter photo. It is hard to fathom that Democrats are more concerned about protecting their convention than protecting the integrity of Pennsylvania’s election but the fact the implementation of their own “Voter ID” in Charlotte proves it. While just another example of “Do As I Say, Not As I Do,” it also reminds us that it’s time to stop these ridiculous scare tactics. When will the Democrats stop cultivating a culture of fear around voting this election and simply join with us in helping to protect the sanctity of the ballot for all voters?” 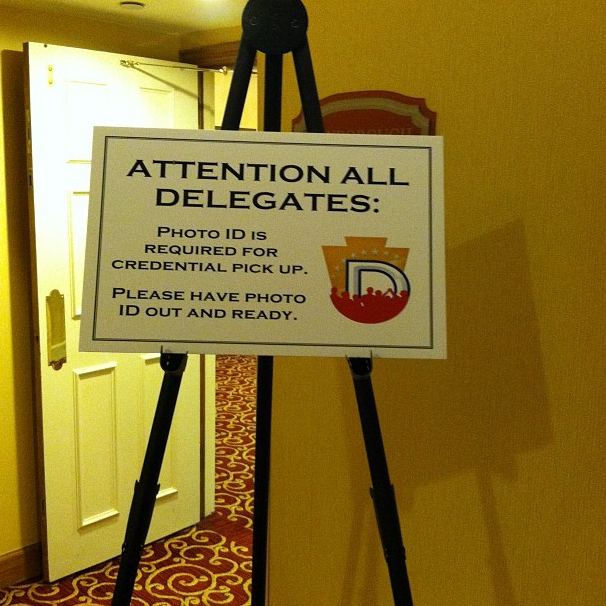