Monday, Republican Party of Pennsylvania Chairman Val Digiorgio sent a letter to Gov. Tom Wolf and the minority leaders of the Pennsylvania House and Senate urging them to publicly condemn the recent conduct of Rep. Brian Sims (D-Philadelphia), who engaged in intimidating, harassing, and potentially criminal conduct in two videos posted to his Twitter page.

Over the course of the last week, no Democrat in a position of leadership has condemned the conduct of Rep. Sims.

In addition, Rep. Sims has yet to take any meaningful responsibility for his actions.

In addition to the letter, which is included below, Republican Party of Pennsylvania Chairman Val DiGiorgio, made the following statement:

“The first step in achieving a return to appropriate and respectable civil discourse is a public acknowledgement by leaders that Rep. Sims’ conduct is beyond the pale and has gone too far.

“While Pennsylvania has been seen as a contrast to Washington, D.C.-style antics, allowing this kind of conduct to continue undiscussed by Democrat leadership is an implicit acknowledgment and acceptance that the worst of the Democrat Party has a foothold in Pennsylvania.” 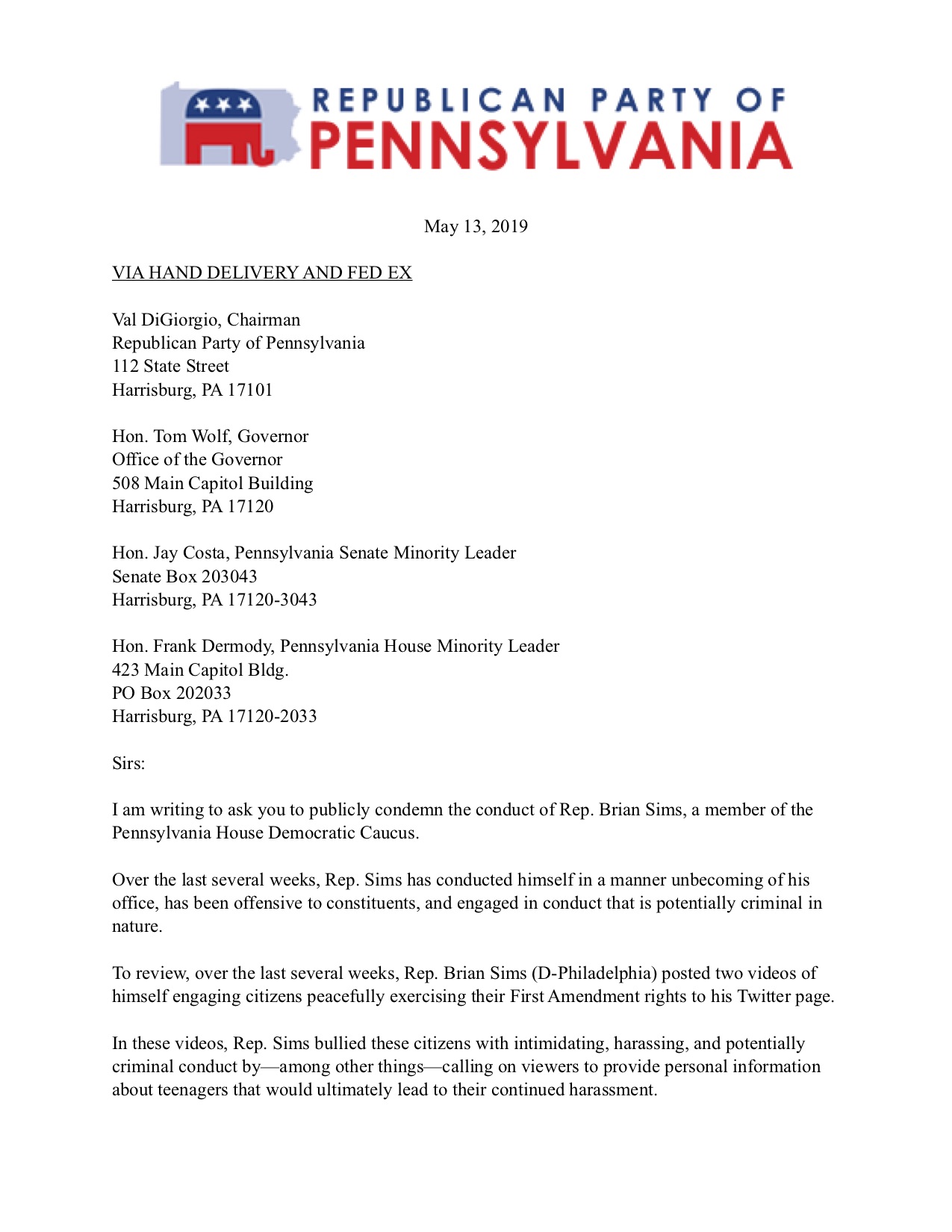 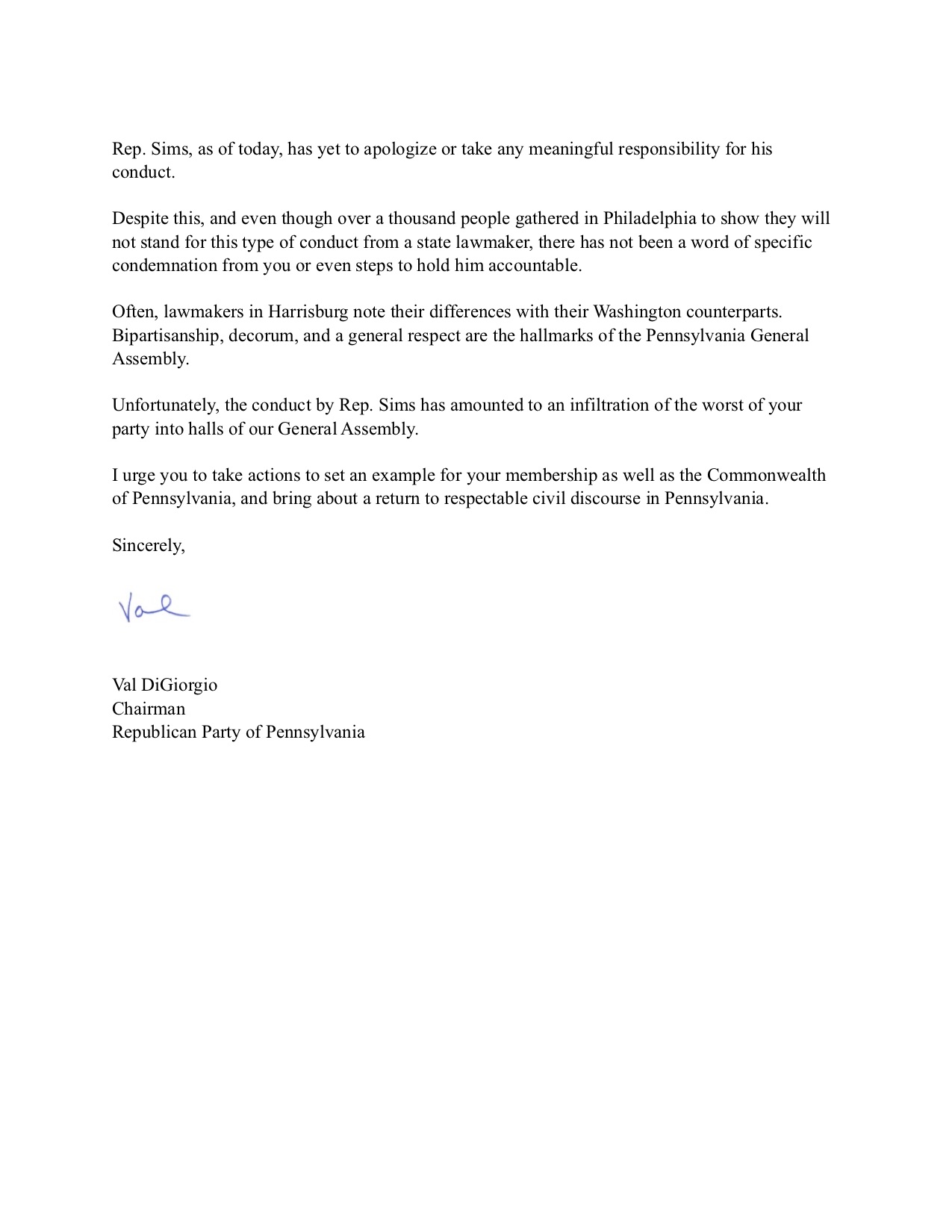