HARRISBURG – After the Commonwealth Court’s order on October 14th, the Republican Party of Pennsylvania has finally received a small batch of Katie McGinty’s emails from her tenure as Governor Tom Wolf’s Chief of Staff, and already this initial release shows new examples of McGinty breaking state ethics rules. McGinty had already been subject to an ethics complaint this month based on a single leaked email for campaigning on taxpayer time, and the majority of emails remain unreleased as McGinty and Wolf attempt to run out the clock until shortly after Election Day so voters won’t be fully informed.

In numerous new instances, Katie McGinty is using her taxpayer email account during taxpayer hours to engage in political activity, which is forbidden by state ethics rules. This includes: 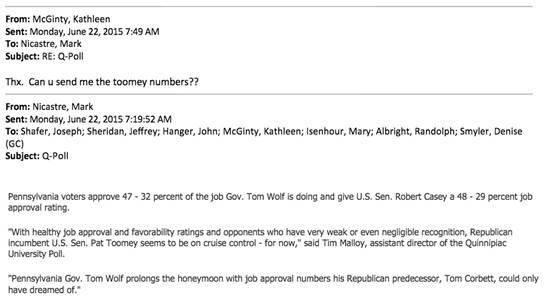 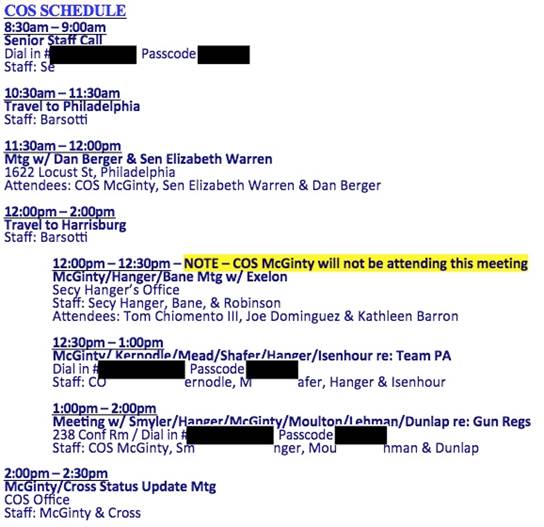 “Shady Katie McGinty has a long history of ethics problems in Harrisburg, including rebukes from the Pennsylvania Ethics Commission and the Supreme Court,” Sweeney said. “Then, she used her public office to take trips through the revolving door, sit on corporate boards, and become a millionaire. These latest ethics violations are par for the course for Shady Katie and show why McGinty and Wolf must release all of the emails already deemed public by the Office of Open Records today, not five days after Election Day. Voters deserve transparency from their own government and they deserve to know what McGinty was doing on the taxpayers’ dime before they head to the polls.”

The Republican Party of Pennsylvania has received emails responsive to 34 search terms out of the 109 that the Commonwealth Court ordered Wolf and McGinty to release. McGinty and Wolf were given 30 days from October 14th to complete release of the emails, which means voters may not see the full extent of her activities until just days after Election Day.

What No One May Do:

1) the employee is in a civil service position, or

employment, whether or not compensated.