“Today, Hillary Clinton is coming to Pittsburgh at a time when her War on Energy Jobs is putting the livelihoods of thousands of Pennsylvanians at risk,” Gleason said. “Just days ago, Donald Trump came to Pittsburgh and talked about bringing creating good-paying jobs. Compare that to Hillary Clinton, who promised to sacrifice tens of thousands of family-sustaining jobs just to appease the extreme wing of her Party. It doesn’t make a difference how many times Hillary partakes in a Rust Belt apology tour. The fact of the matter is that Hillary Clinton will always choose her own political ambition over Pennsylvania jobs.

“A vote for Hillary Clinton is a vote to continue the failed energy policies of President Barack Obama. Western Pennsylvanians simply cannot afford to elect someone who has pledged to put our workers out of jobs, and no amount of rallies will change that fact.” 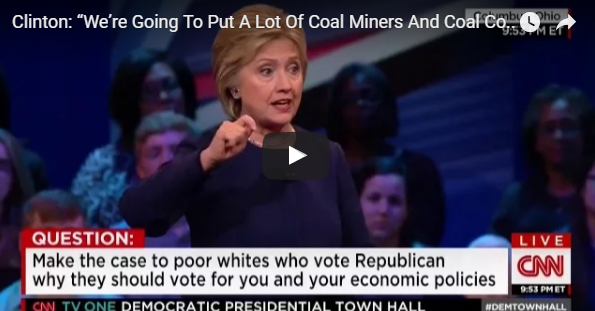 Hillary’s Support in Pennsylvania is Plummeting