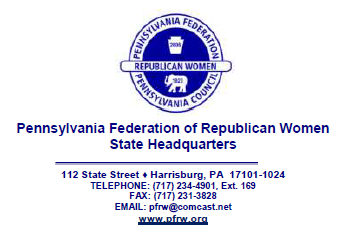 The Pennsylvania Federation of Republican Women believes that there is a special place, not in hell, but in the Constitution that provides for freedom of thought, and the ability for every citizen to vote in that respect, no matter one’s gender. It is repugnant to us that any person, especially an educated individual such as Madeleine Albright, would state or imply that, as women, we are obligated to vote a certain way or think in a certain way. The ideal of the women’s movement of the 20th century, which women such as Secretary Albright have claimed to embrace, was supposed to be the irrelevance of gender in such areas as holding office; namely, that male and female candidates for office should be judged on equal footing and elected based solely on qualifications. Statements such as the former Secretary’s undermine and contradict this principal. Under another Constitutional freedom, that of speech, and as a statewide organization of women, we can assure you that we will vote, as independently-thinking women, for a presidential candidate, and all other candidates for office, based upon our principles, our values and our Constitution.