Obama Campaign 0-for-2 In Attempts To Manipulate Pennsylvania Election

“The Obama campaign is 0-for-2 today in trying to get away with their disgusting attempts to suppress Republican voices in Philadelphia,” Chairman Rob Gleason said.

“Whether it’s blocking Republican Election Day workers form doing their job or violating Pennsylvania law by electioneering in the polling place, it is clear the Obama campaign has taken their campaign in the gutter to manipulate this election however they can. Based on the Obama campaign’s behavior today, it certainly raises the question: what are Democrats doing in the polls that they are working so hard to shield folks from monitoring this election?”

A Republican election worker captured this picture of a large Obama campaign mural inside the Ward 35, Division 18 polling place. 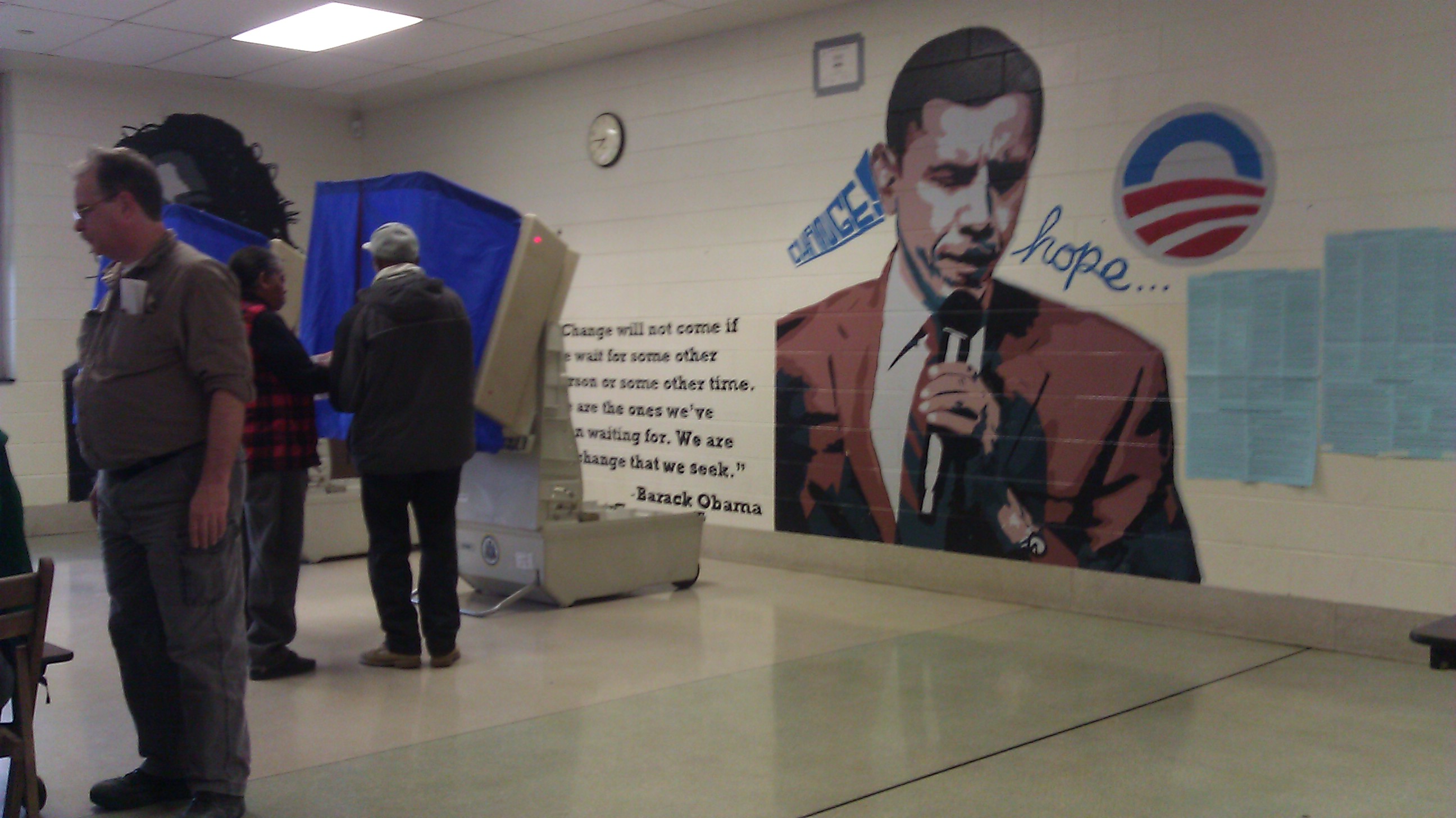 Today, the Philadelphia Court ordered that the mural be covered up in its entirety with “blank paper or other similar material so that the content of the mural is invisible in its entirety for the duration of the election on November 6, 2012.” 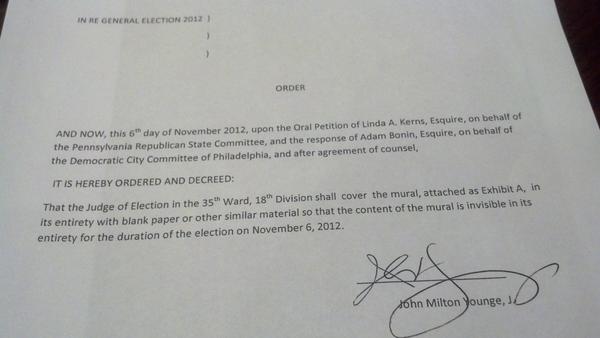