Republicans Energized And Ready To Win

“The Republican National Convention was a wonderful celebration of our party, our candidates Mitt Romney and Paul Ryan and our country. President Obama’s failed record on creating jobs and the economy have put our country in the express lane to fiscal ruin. At out convention, Mitt Romney and Paul Ryan laid out a new direction that will help foster job creation and return our country to a path of fiscal responsibility.

“I thank Governor Tom Corbett for leading the Pennsylvania delegation to the Republican National Convention and thank all of the delegates, alternates and guests who made the trek to Tampa, Florida to celebrate our Party, our candidates and our country.

“The fact that the Pennsylvania delegation played a key role in the proceedings is indicative of our Commonwealth’s importance in this national election. Our entire delegation was seated in a primary location on the convention floor and Pennsylvania Delegate Joanna Cruz officially nominated Paul Ryan for Vice President. 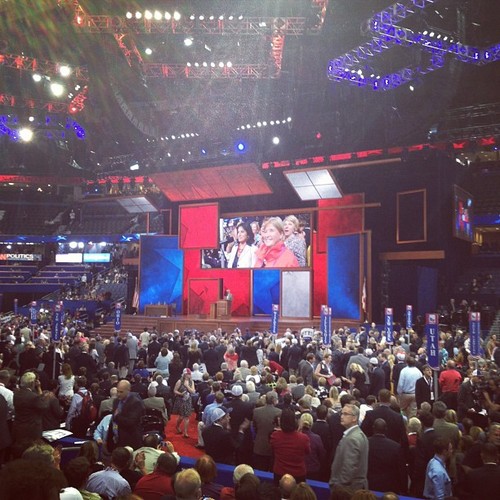 “Speakers like New Jersey Governor Chris Christie, former U.S Senator Rick Santorum, former New Hampshire Governor John Sununu and many others frequented Pennsylvania events to deliver the same message to our delegation: we will win back the White House in November by winning Pennsylvania.

“As we return to Pennsylvania, we will spend the next two months working tirelessly to remind voters that they have a very important choice this November. This election is more than just Republican versus Democrat; Mitt Romney and Paul Ryan will put America back to work, lead us into a new era of American prosperity and close the chapter of American decline under President Obama’s disastrous leadership. The Republican National Convention illuminated the clear differences between Mitt Romney and Barack Obama’s vision for America, and when Pennsylvanians go to the polls in November, we’re confident they’ll choose prosperity.”