HARRISBURG — Today, Republican Party of Pennsylvania Chairman Rob Gleason released the following statement on President Obama’s failure to offer a comprehensive energy policy and on the record high gas prices we are finding at the pumps:

“Never before have Americans seen gas prices this high at this time of year. Thanks to President Obama and Senator Casey’s inaction on energy policy, Americans are feeling unprecedented pain at the pump. Gas prices have skyrocketed since Obama took office—from an average of $1.85 a gallon to over $3.71 a gallon today. Families that are already struggling from the difficulties of President Obama’s failed economic agenda are finding it even harder to make ends meet with gas prices soaring higher by the day.

“The decisions that President Obama has made on energy have made matters worse, not better. He sent billions in taxpayer money to companies like Solyndra, which went bankrupt and laid off over 1,000 workers after wasting $535 million in taxpayer dollars. Even more recently, President Obama blocked the Keystone pipeline despite our clear need for safe, reliable, affordable energy and American jobs. Instead of challenging the President on these disastrous policies, Senator Casey has stood beside the President Obama, fighting for his agenda instead of fighting for Pennsylvanians’ interests.

“Pennsylvania voters have had enough of President Obama and Senator Casey’s failed promises and failure on energy policy. It’s time for us to send new leaders to Washington, like endorsed Republican U.S. Senate Candidate Steve Welch, who have a coherent vision on energy policy.” 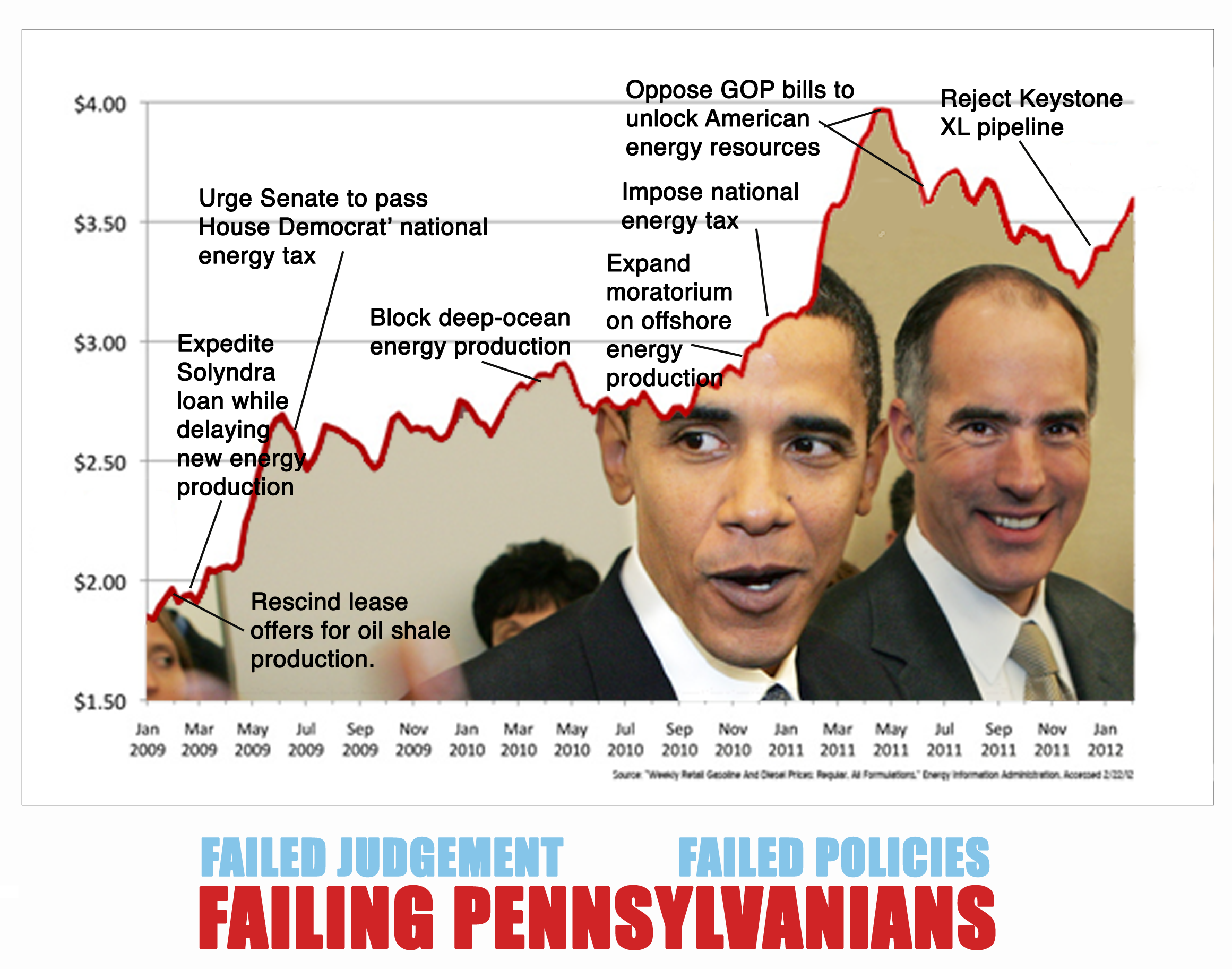